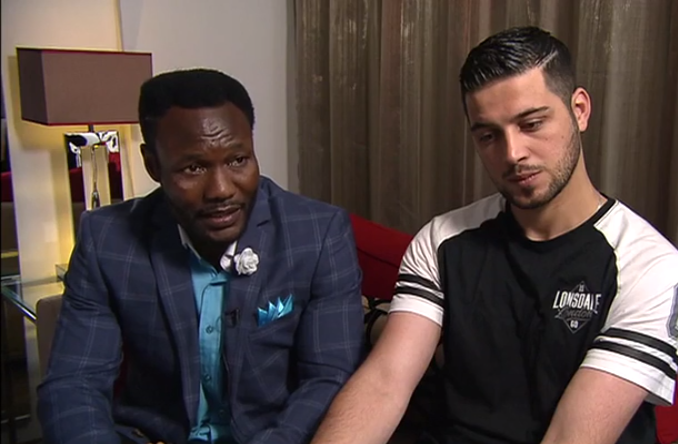 As Salim Mehajer’s wife Aysha took out an apprehended violence order against him, troubles facing the former deputy mayor of Sydney’s Auburn snowballed, with police preparing to lay charges over the alleged fraudulent transfer of traffic penalties incurred by five of his luxury vehicles.

Less than a year after the pair’s opulent wedding — which involved an unauthorised road closure and put the national spotlight on Auburn Council, ultimately resulting in its sacking — police on Monday filed the AVO for Aysha under her maiden name Learmonth.

The provisional order is for 28 days; however, the matter is listed to be heard this morning in Sydney’s Downing Centre Local Court, allowing for police and Mr Mehajer or his lawyers to make representations.

Yesterday Mr Mehajer told news.com.au Aysha had not taken out the AVO but rather police who were pursuing a vendetta against him.

“Aysha has not taken out an AVO against me,” Mr Mehajer said.

“As mentioned before, only death will do us apart.”

It is standard practice for police to apply to the courts for an AVO on behalf of the applicant.

The Australian can reveal NSW Police are preparing to lay charges against at least one of Mr Mehajer’s associates over a series of incidents, which allegedly saw an international student issued with a string of demerit points incurred by Mehajer vehicles, including his Ferrari and Aysha’s BMW.

The student, Abdel Razzak, claims he has never met any of the Mehajers and has launched legal action to have the infringements removed from his record.

The case was mentioned in Burwood Local Court yesterday and police were granted an extension until October 11 to continue their investigations.

Mr Razzak’s lawyer, former world boxing champion Lovemore Ndou, yesterday said he had been contacted in recent weeks by the chief police officer investigating the case and been told “some people will be charged” and the investigation was “ongoing”.

“In my client’s case it’s all dependent on what action the police take,” Mr Ndou said.

He said he had “no idea” why Mr Razzak had been fingered as the driver of Mr Mehajer’s vehicles when they were caught speeding or running a red light.

Mr Mehajer, a justice of the peace, witnessed the signing of the declaration by Ms Learmonth and his sister Zenah, a lawyer, witnessed two statutory declarations, understood to have been signed by other associates of Mr Mehajer.

Question marks have surrounded the Mehajers’ marriage since April when reports emerged Mr Mehajer had been seen “screaming and knocking” at the door of a property in Horsley, south of Sydney, where Aysha had been staying with her sister.

Ben Miller, who is understood to be the husband of Aysha’s sister, subsequently applied for an AVO against Mr Mehajer.

Personal trainer Bruce Herat, the father of Sydney siege victim Joel Herat, has also applied for an AVO against Mr Mehajer, following an alleged spat at a Burwood gym.