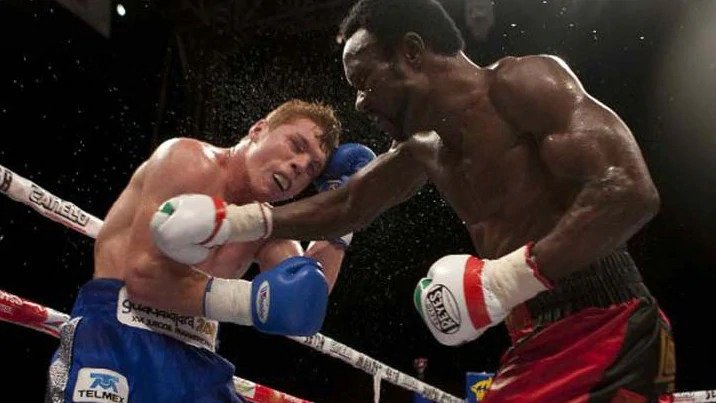 In a ramshackle hospital in a South African mining town Lovemore Ndou made a promise to his dying mother that he would make her proud.

Australia’s world boxing champion turned lawyer did that and more.

On March 2, perhaps the brainiest fighter in history, will be inducted into the Australian Boxing Hall of Fame in Melbourne.

Back in 2010, at a baseball stadium in Veracruz, Mexico, I was in Ndou’s corner when he went 12 hard rounds with the ferocious Saul ‘Canelo’ Alvarez, now regarded by many as the world’s best fighter.

Ndou didn’t win the fight but against a much bigger, younger and stronger rival the 39-year-old showed the skills and strength of character that made him one of the finest fighters ever to box in this country.

Ndou, 47, made his professional boxing debut in Johannesburg in 1993 and had his last fight almost 20 years later, beating another former world champ Gairy St Clair at the Southport Sharks.

Miguel Cotto, the mighty Puerto Rican, who warred with Floyd Mayweather, Manny Pacquiao and Shane Mosley, said his close 12-round decision over Ndou in Las Vegas in 2004 was the toughest fight of his career.

In 2007 Ndou claimed the IBF junior-welterweight title previously held by Kostya Tszyu, when he scored an 11th round stoppage over Olympian Naoufel Ben Rabah in Sydney.

Born in Musina, South Africa, Ndou came to Australia in 1996.

Since retiring from boxing he has concentrated on his Sydney legal practice. He has six law degrees and says his harsh life under South Africa’s apartheid system inspired him to become a lawyer.

”I once spent three months locked up with no charge for speaking to a white girl at a supermarket in South Africa,’’ he said.

“The police set a dog on me and I was left scarred on my face and arm for life. I had no opportunity to speak to a lawyer or defend myself, and was sentenced to six cuts of the whip.’’