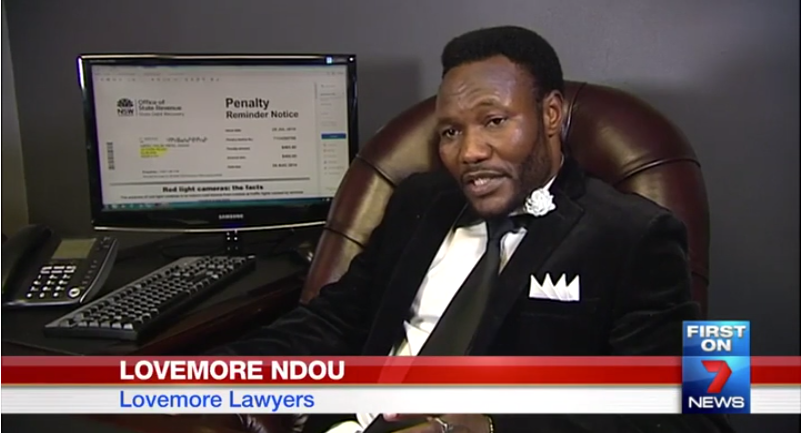 Controversial property developer Salim Mehajer returned from Spain on Tuesday where he had been arrested and handcuffed for allegedly trying to kick a taxi driver.

The former Auburn deputy mayor’s willingness to be the centre of attention appears to be over, pushing at media as he made his way through Sydney airport.

The video of his arrest on the party island of Ibiza – the latest humiliation for the former high-flying property developer.

“Keep (to) yourself, you in particular, out of my face,” he told 7 News reporter Bryan Seymour.

Mr Mehajer garnered attention with his over-the-top wedding in August 2015, but soon after the lavish affair he was accused of threatening the father of a Lindt siege survivor.

This was followed by alleged driving offences, claims of electoral fraud, suspension from council, allegedly shifting driver demerit points and the eventual separation with his wife.

“They all say money doesn’t change who you are, it only magnifies your personality,” lawyer Lovemore Ndou said.

Despite his ban from running companies and his parents facing a $10 million tax bill, today the controversial figure remained upbeat about his future.

On Tuesday he likened himself to president-elect Donald Trump, posting on social media that he would defy predictions to succeed.

Nine months ago, 7 News revealed multiple statutory declarations where Mr Mehajer attempted to shift driver demerit points, however the fraud squad are yet to issue a single charge.

“I’m just as shocked as you. I think there’s enough evidence there,” Mr Ndou said.